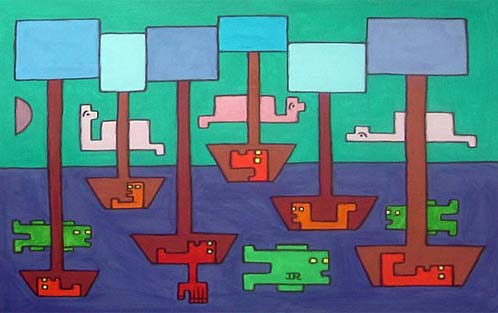 A BLOG FOR READERS AND WRITERS BY SEAN TAYLOR

A THOUGHT FROM DR. SEUSS

‘Today you are You, that is truer than true. There is no one alive who is Youer than You.’ 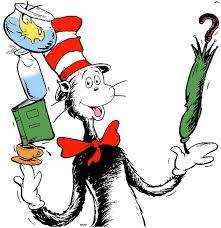 From HAPPY BIRTHDAY TO YOU (1959) by Theodor Seuss Geisel…Dr. Seuss.

SONG OF THE SEA 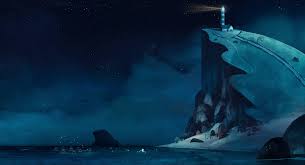 Last week I went to the beautiful animated film SONG OF THE SEA. I raise my hat to director and writer Tomm Moore for heading off in opposite directions to most of the feature films being made for young people today. There is poetry in his hand-drawn images. There is a fresh sort of music to the storytelling. And (in an interview which originally appeared on Cartoonbrew) it is good to hear him say this about working for young audiences:

People have been asking me if I want to make movies for adults. I don’t see why not, but I also don’t see making movies for adults as more important. In fact, I actually think making movies for kids is more important because they shape you. I watch so many movies as an adult and forget about most them instantly, but those I saw as a kid left a deep impression. So we have a huge responsibility when we make movies aimed at kids to say something they need to know, instead of just distracting them…

Three quotations on frogs (to celebrate the launch of my new picture book IT’S A GROOVY WORLD, ALFREDO!)

Philosopher of ancient China, Lao-Tse: “A frog in a well cannot imagine the ocean.”

American actress, Cameron Diaz: “I’d kiss a frog even if there was no promise of a Prince Charming popping out of it. I love frogs.”

TO END THE YEAR

A quotation from the Roman philosopher and orator, Marcus Tullius Cicero (106 BC – 43 BC) “Times are bad. Children no longer obey their parents and everyone is writing a book.”

Three quotations about SILENCE AND SPACE

Writing poetry since I was a teenager and, more recently, picture book stories, has taught me something about the importance of leaving words out.

You could say that in both poems and picture books you try to get across as much as you can with as few words as possible.

Writers work at filling pages with words. But getting a bit better, over the years, at leaving words out, might be the most important thing I’ve learned about writing, so far!

Here are three quotations which express something about what I’m trying to say:

French storyteller, Abbi Patrix: “The thing I like most about storytelling is its silence.”

Argentine poet, Roberto Juarroz: “Silence is a temple that needs no god.”

From the ancient Chinese text, the Tao Te Ching (ascribed to Lao-Tse): “Shape clay into a vessel, but it’s the space within that makes it useful.”

Language might be the most powerful of all the tools that we (supposedly clever) human-beings have come up with. So it’s not much surprise that there’s a constant tug-o-war about how reading, writing and language-skills are passed on from one generation to the next.

What approach should we take when we teach children to read and write? How best do you help young people to become confident language users? Which rules of grammar should be preserved? As language changes in the hands of young people, is that damaging or refreshing?

We authors of books for children and teenagers are known for throwing ourselves into the tussles over these questions…often defending teaching that uses ‘real books’ (rather than meaningless, story-less, technical texts), often standing up for the importance of giving young people a taste for the pleasures of reading and writing…not just training in their functional and productive sides.

The British author Philip Pullman, speaks with clarity and passion on these issues. But he went a step beyond the usual debates in the comments he made in an interview in The Guardian last year, when talking around his book Grimm Tales: For Young and Old.

He got onto the subject of teachers, parents and stories for children. And he started to speak about the powerful stuff at the very heart of the debates…language itself:

“Our politicians talk about ‘the basics’ all the time, but what they mean are things that you can correct at the last minute on your word processor: spelling, punctuation, that kind of thing. But the most basic thing of all is your attitude to language.

If your attitude to language has been generated by a parent who enjoys it with you, who sits you on their lap and reads with you and tells stories to you and sings songs with you and talks about the story with you and asks you questions and answers your questions, then you will grow up with a basic sense that language is fun. Language is for talking and sharing things and enjoying rhymes and songs and riddles and things like that.

That’s so important. I can’t begin to express how important that is… A sense that language belongs to us, and we belong in it, and that it’s fun to be there and we can take risks with it and say silly things in it and it doesn’t matter and it’s funny. All of that. If your sense of language is that it’s something you’ve got to get correct and you mustn’t get it wrong and you’re going to get marked on it, judged on it, well … That’s a pretty poor show.”

Off the back of a lorry…

Truck drivers in Brazil often paint sayings on the backs of their lorries. Here are a few I’ve seen:

Devagar mas to na frente (Slow but I’m ahead)

Se você está com pressa, porque não veio antes? (If you’re in a hurry, why didn’t you set off earlier?) 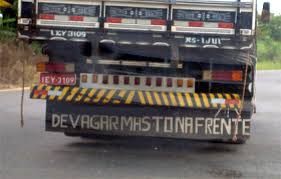 A SENSE OF CHANGE

I like this short piece of writing advice. It comes from an interview I read with a British author called Matthew Kneale. It was around the time he published his very good, travelling, historical novel: ‘English Passengers’:

“Pick your subject with care, and how you intend to treat it. Be sure it’s something that matters to you personally. Know why you want to do it. Then write. Don’t let yourself become self-conscious about what you’re doing. Don’t worry yourself about whether your attempt will be great literature. Just write. And make sure enough happens in your story, that there’s a sense of change.”

Nasruddin and the umbrella…

A friend saw Naruddin walking in the rain. He was carrying an umbrella, but he wasn’t using it.

“Nasruddin!” called out the friend. ” Why don’t you use that umbrella?”

“Then why did you bring it with you, if it’s broken?” asked the friend.

Nasruddin replied, “I didn’t think it was going to rain!”

A PICTURE THAT TELLS A STORY

It’s almost carnival time in Brazil. Across the country, drums are thundering as the ‘schools of samba’ step up their rehearsals. And the carnival parade designers (the carnavalescos) are in the thick of their ingenious, crazy, colourful preparations.

And sometimes that’s not a good combination.

This photo (from the Folha de São Paulo newspaper, a few years ago) tells a story about carnival.

Models being made for a parade by one of São Paulo’s schools of samba were carried away by flood water. They ended up in one of the city’s rivers, stuck below a bridge. That’s a bus going past above.

A KIND OF SECRET MELODY…

I was re-reading a talk given by the Canadian/American storyteller, Dan Yashinsky (The Joan Bodger Memorial Lecture, 2006.) It can be found on the internet, and raises some great questions about listening in our current day and age.

This section about the nature of listening to a story, particularly sticks in my mind:

When the Baal Shem Tov, the founder of Hasidic Judaism and a renowned storyteller, arrives in a village marketplace and begins telling stories, Martin Buber tells us what happens. A man begins to listen; then: “a second man came up, soon after a third, then ever more and more, mostly servants and poor people who begin the day early. They all remained standing, listened eagerly and called over still others from the houses. As the hour advanced, the maids came with their water-jugs on the way to the fountain and stopped, the children came running out of the rooms, and the family heads themselves left their businesses and their pursuits to hear the strange man.” (The Legend of the Baal-Shem.) The marvelous thing is that, wherever you entered the tale, you found its “red thread” (a wonderful German phrase for the inner life of a story): “His narration…was so delightfully intertwined that whenever someone came up it seemed to that person to be at the beginning, and those who earlier had not been curious were now entirely concentrated on what would happen next and awaited it as if it were the fulfillment of their most precious hopes. Thus they all had one great story, and within it each had his own small and all-important story.”

And what do these spellbound villagers hear in the storyteller’s intricately woven narrative? Buber answers somewhat mystically: “It was no report of distant times and places that the story told; under the touch of its words, the secret melody of each person was awakened …”

This way of describing an already-mysterious phenomenon only deepens the questions; yet there is something wonderfully accurate in Buber’s phrase. With oral stories, it seems to me, we are always listening for a kind of “secret melody” — that is, a distillation and expression of our own experience — our lives reflected back to us with new understanding.

The strength of the crocodile is in the water. 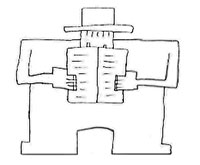 Reposted from @playful_den... She really doesn’

Pleased to say I'll be running my online evening c

All the cool cats have got their tickets for this

Reposted with thanks to @littlereaderloves ... H

Kelston Round Hill. Buttercups almost to the horiz

#Repost from my agents @thecatchpoles .... HOW T

#Repost from the Walker Books picture book team @b

#Reposting from @bigpicturebooks, with thanks to a