A school in São Paulo, Brazil, where I live at the moment, recently caused a stir by installing security cameras in all of its classrooms.

The students at Rio Branco (a well-known, private secondary school) were not told about this. They arrived one morning and found the CCTV cameras staring down from the ceilings. It provoked a student walk-out which led to the suspension of 107 pupils. And this has started a debate between people who think security cameras in school classrooms are a good idea and people who don’t. 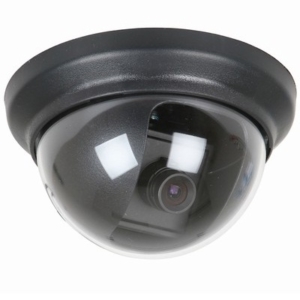 The argument in favour tends to be that classroom cameras improve behaviour and offer security to students and teachers. “The walls of the classrooms are cleaner, and the teenagers are much better behaved,” says Débora Goulart, Head Teacher of another Brazilian school with classroom cameras. And the mother of a pupil asks, “What goes on in lessons that people don’t want recorded? If you’re doing nothing wrong you have nothing to fear!”

Disruptive behaviour in classrooms is a problem. And there are cases where CCTV camera footage has cleared up difficult disputes. (In Britain, where I’m from, there was a case of a boy who claimed to have been dragged from a classroom by his teacher. He used marks on his arms as evidence. But CCTV footage showed he was lying. It proved there was no contact between the teacher and the boy, and showed that he asked a friend to punch his arms to make the marks.) All the same, I have some questions for those in a hurry to put these cameras into classrooms. 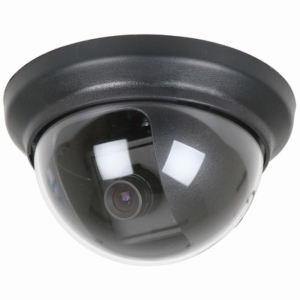 Firstly, how much difference do they really make? Isn’t it a bit naïve to think that pupils who have behavioural problems are going to leave them behind just because they are being filmed? How good is good behaviour if it is just in response to a camera on a wall? And won’t bullies and others who behave badly in schools just find ways to carry on, out of sight from the cameras?

Secondly, aren’t those who are in favour of the cameras so fixed on the bad things they may prevent that they’re forgetting the good things that they may be preventing as well?

If a school puts cameras into classrooms it seems like an admission that there is something profoundly wrong with the relationships between its teachers and its pupils. Either some teachers are not managing to engage pupils effectively, or some students seriously lack faith in their teachers. (Or both.)

Are classroom cameras going to do anything to improve these relationships? And shouldn’t the school be looking to do that before anything else? After all, it is those relationships between teachers and pupils that are the very life-source of learning in schools.

If something is profoundly wrong then it demands a profound course of action. But that’s not what putting in security cameras is. It’s too easy. It’s too much like papering over the cracks.

The whole story of the cameras at Rio Branco (including the way they were installed without a word to pupils) suggests that the school is sidestepping more time-consuming and demanding ways of facing its difficulties: through human exchange, honest conversation, listening, reflection, dialogue, negotiated deals. Instead it has opted for a technological quick-fix.

What do you think? Please comment if you have thoughts on the subject. Cameras in classrooms are by no means limited to Brazil. They are increasingly used in countries around the world.

And what comes next? Computer chips sewn into uniforms to monitor where pupils are?

Well, actually, the day before yesterday I read an article in the Brazilian press, reporting that a school near to the capital, Brasília, is doing exactly that. Pupils have to wear uniforms with chips sewn in which track where they are. And other schools are already expressing an interest in the idea…