Home / Books / I AM ACTUALLY A PENGUIN 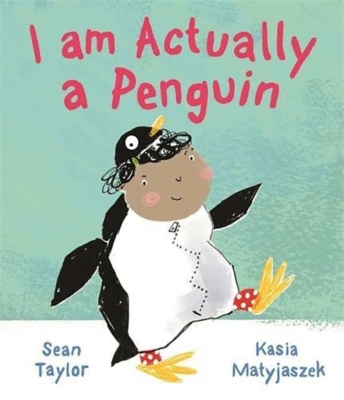 I AM ACTUALLY A PENGUIN

One day a young girl receives a brand-new penguin outfit, and she never wants to take it off. Her family say, “You’re not ACTUALLY a penguin.” But she knows she actually is. A hilarious new picture book for 2-6’s, filled with life by illustrator Kasia Matyjaszek.
It’s warm, hilarious, with acutely observed behaviour and a delightful twist. The Guardian

Anyone who has ever had, (or been,) a penguin, a pirate, a Robin Hood…or even an alligator… in the household will appreciate this book. Lots of fun. Books For Keeps